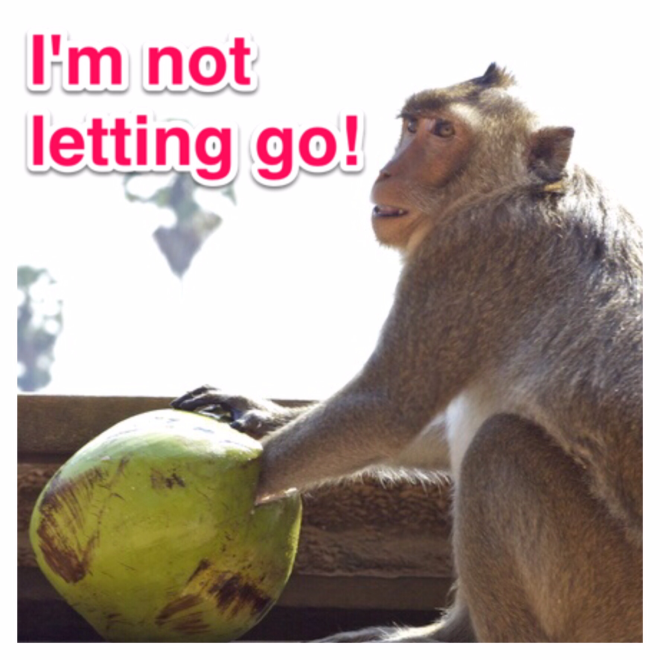 An Amazing Fact: Monkey trappers in North Africa have a clever method of catching their prey. They fill a number of gourds with nuts and chain them firmly to a tree. Each has a hole just large enough to allow an unsuspecting monkey to stick his hand inside the hollowed-out gourd.

When the hungry animal discovers this hole and the treasure waiting inside, he quickly grabs a handful of nuts. However, the hole is too small for him to withdraw his bulging, clenched fist. And he doesn’t have enough sense to open up his hand and release the deceptive booty in order to escape, so he is easily taken captive.

The tendency to cling tenaciously to tempting treasure plagues unsuspecting humans and monkeys alike. The devil traps many Christians by appealing to their natural greed and carnal appetites, which lead to their spiritual downfall. As long as people hold onto the worldly bait, they cannot escape from Satan’s trap. So What Do You Need to Let Go of and Let God help you?  Go Here for the complete article by Doug Batchelor.